skip to main | skip to sidebar

For those of you who have been following the stories from my work for a while, you will remember last year around this time I was brought to a local hospital to pray for a premature baby, and met a wonderful group of babies that changed my life.  The abandoned baby ward in this hospital was filled with the most precious babies I had ever met!

One of those babies was Tino.  I first met him when he was a couple of weeks old.  He always had a pained look on his face, as if he were stressed about something.  One day, a nurse shared with me the story of his life and it was heartbreaking… it almost seemed as if he knew the story as carried a burden.  Nyasha and I started going to the hospital every day to love on these little babies.  We held them, changed their nappies, bathed them, changed their clothes, fed them and most importantly prayed with them and taught them how to play! Eventually we were joined by some of the women from our parenting class and before you know it these babies were getting tons of attention and affection!  Our goal was to help find them homes so that they wouldn’t have to live in the hospital.
Tino was in the middle in terms of age of all the babies in the hospital, some were younger and some were older. It took months before we were able to get him to relax while he was held.  I can remember Nyasha being so disappointed some days when he would hold Tino for hours and get no response, they would have the same sad look on their faces and Nyasha would say, “I don’t get it all the other babies like it when I hold them… I must being doing something wrong, he just doesn’t like me”.  But we didn’t give up, after a while we made it our goal to make Tino smile.
Finally one day, he did.
Nyasha and I came into the ward to visit and a nurse said, “Tino smiled today—the others said it was gas, but I know he smiled.” Nyasha picked him up and there it was—a smile, he relaxed and they both smiled as Nyasha held him!
A few months later, several of the babies had been given homes in local orphanages and we were looking for adoptive homes for the rest when I got the news that a dear friend of mine who had two sons would be adopting Tino.  She brought him home before Christmas and named him Ephraim.
When I returned to Zimbabwe I bumped into them in the grocery store and if I hadn’t known that she had adopted him, I would never have recognized him! He was big and chubby, smiling and CUDDLING HIM MOMMY!!!  This was one of those moments that I will never, ever forget.
I was blessed to be able to spend Ephraim’s birthday with him.  He was joined at his party by children from 2 local orphanages and they filled up on sweets and chocolate cake shaped in an ‘E’.  Then they spent the afternoon running around and jumping in a bounce house!
Seeing the changes in Ephraim and Evans who was also at the party, made me remember all of the hours spent in the hospital with those little guys. There were stressful moments when the hospital had no water to make formula.  There were hilarious moments like when I picked up a little baby and their poopy diaper exploded all over me, of course when I had to teach a class in 30 minutes!! There were devastating moments like when Edward died from an infection and there were moments to celebrate like when Evans went to Village of Hope and at 9 months old learned to sit up.
I am happy to say that each of the children that we originally met from the abandoned baby unit has found a home.  Ephraim was adopted, several of the others including Evans and Kelsey were placed in orphanages and of course of little boy Edward has his home in Heaven.  Their stories are just a few examples of what the Bible means when it says, “He sets the lonely in families.”  God truly is a father to the fatherless and He allows us to each have a part in helping orphaned children find forever families.  What a blessing it is to share in the lives of these special little babies.
There are so many more babies just like them that need a home…and so the work goes on. 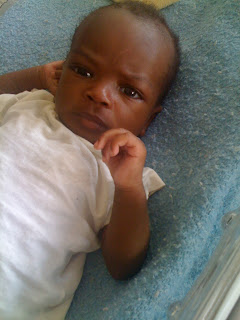 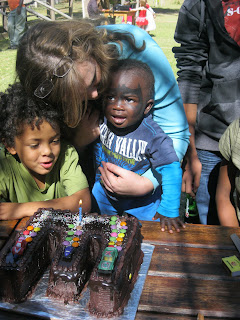 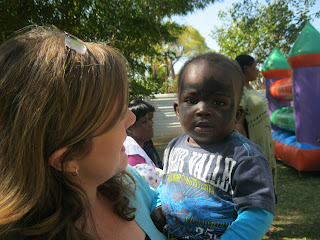 Regina
I was a single 26 year old adventure seeker when I accidentally moved to a very small Zimbabwean town. More than 12 years later I am wife to a cricket playing, Zimbabwean pastor, and Mama to a toddler and a teen. I loves to read all the good books and I spend my out of the home working hours with kiddos from hard places learning to feel and share their feelings as they tell their stories. I am an adoption advocate, justice seeker and pursuer of healing. I am a Redeemed child of God on a 19 year journey of recovery. Partnering with amazing people that care for the poor and the orphaned while advocating for adoption. I am learning to love God and others. I am a Spartan (Go Green) and a supporter of all things Detroit.